Owned by those we serve.

A. RF emission describes the energy associated with electromagnetic waves. We are surrounded by everyday conveniences that produce radio frequency emissions, such as cell phones, microwave ovens and baby monitors.

A. Networked meters do not emit dangerous levels of RF. In fact, RF emissions from a typical meter fall far below federal limits. The RF exposure a person might encounter from a meter in a typical household setting can be of significantly less strength than the RF signals they are exposed to from common electronic devices found within the home, such as cell phones, microwave ovens, Wi-Fi networks and radio and television broadcasts.

Q. WHAT ARE THE HEALTH IMPACTS OF RF AND METERS?

A. Scientific panels and government authorities throughout the world have conducted numerous studies about the effects of RF on human health and found no evidence to suggest that RF emissions from networked meters pose any specific health risk.

Q. DO METERS USE RADIO FREQUENCIES REGULATED BY THE FCC?

A. Yes.These frequencies are called industrial, scientific and medical (ISM) radio bands. The FCC designates the ISM frequency bands for equipment and appliances that generate and use RF energy. The FCC opened these frequency ranges for wireless communications in 1985 and, since then, experienced a steadily increasing stream of devices occupying the bands. Their exact ranges are as follows:

Q. WHO TESTS FOR THE SAFETY OF METERS BEFORE INSTALLATION?

A. Manufacturers test their meters prior to installation to ensure they meet all FCC standards for safe levels of all emissions.

Q. WHAT DETERMINES A PERSON’S EXPOSURE TO RF?

A. Exposure levels depend on signal strength, transmission duration and distance. A report published by the California Council of Science and Technology (CCST) in 2011 included findings from the Electric Power Research Institute (EPRI) that the estimated maximum exposure level at 1 foot from a networked meter is far below the FCC guidelines; at a distance of about 10 feet, the power-density exposure lessens significantly.

The exposure a person receives from a meter’s RF signal is determined by the person’s distance from the meter, the length of time the meter transmits and the power level of the meter.

The RF exposure a person might encounter from a meter in a typical household setting can be significantly less than the RF signals they are exposed to from common electronic devices found within the home. 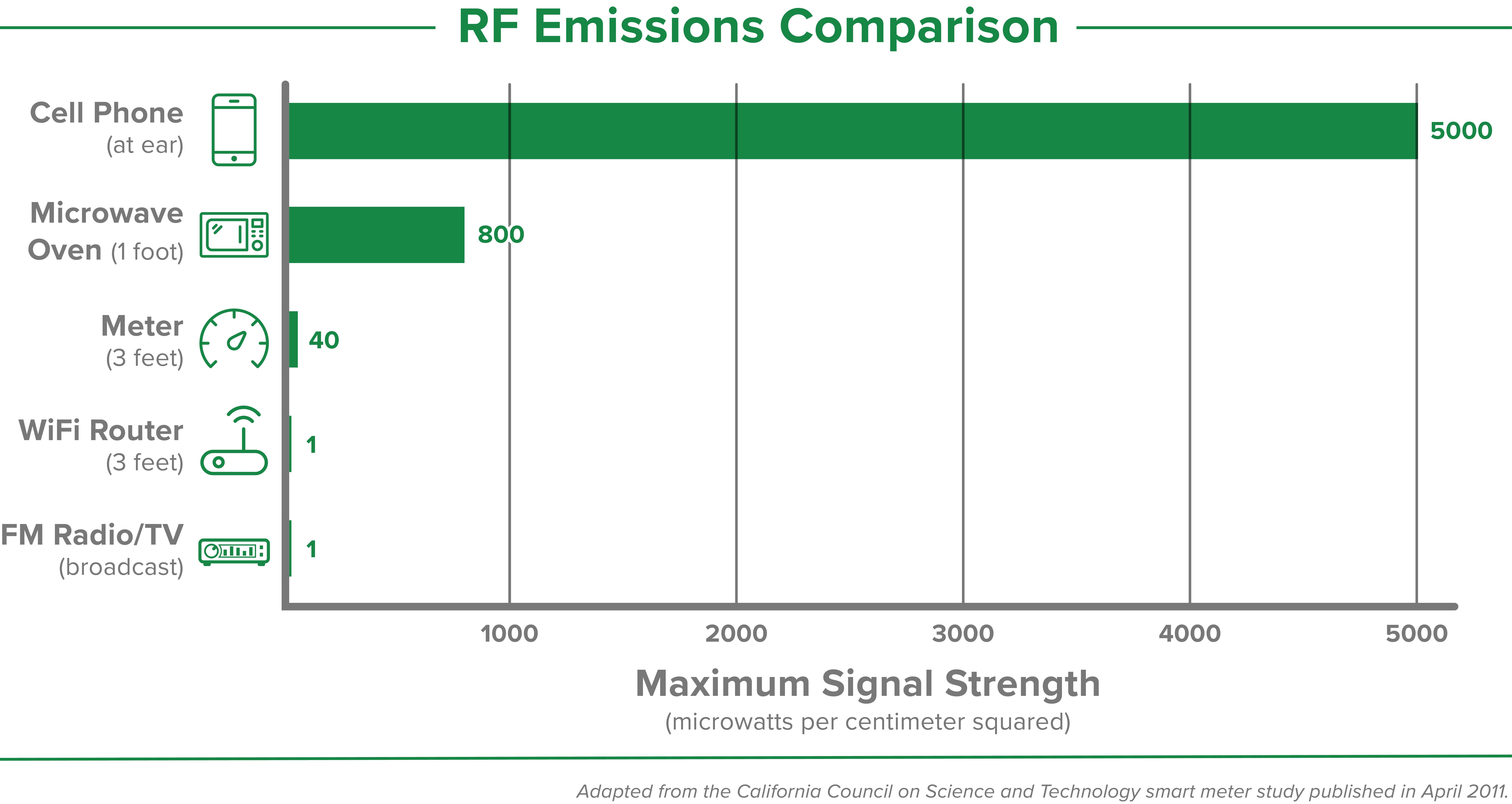 Numerous scientific studies and government authorities have determined there is no evidence to suggest that RF emissions from meters pose any specific health risk.

Our meters emit a low level of radio frequency energy that is both FCC-approved and lower than the level of RF energy emitted by many other devices that are used daily by millions of people. At most, networked meters transmit radio frequency energy intermittently throughout the day, and that energy is reduced further by surrounding materials. 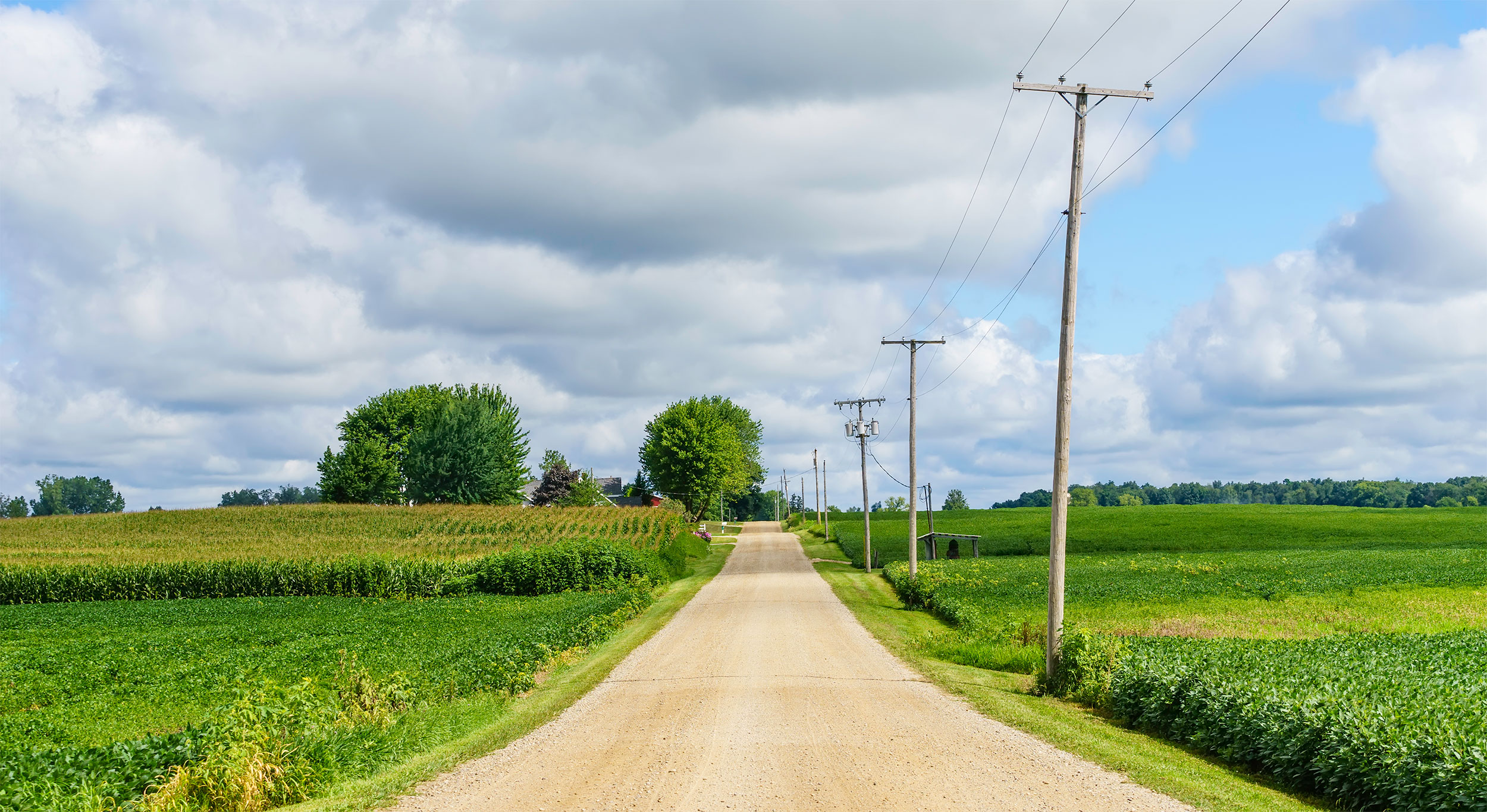 To get this page as a PDF document click here.